In response to recent COVID-19 concerns, we are writing to assure our clients that we are taking recommended precautions. Read More

Would you like to switch to the accessible version of this site?

Don't need the accessible version of this site?

All our professionals at Divine Smiles Dentistry maintain the highest levels of accreditation and pursue ongoing education to stay abreast of the latest trends in dentistry.

Dr. Nunez, a graduate of the University of Miami (FL), received his Bachelor of Science in Biology. Growing up in a household where both his parents were pediatricians, it was natural for him to take a liking to the medical field. It was during his time in his undergraduate studies where he developed his fondness of dentistry. He received his Doctor of Dental Medicine (DMD) from Temple University School of Dentistry (PA).

It is Dr. Nunez’s strong belief that Dentistry is a God given gift that he can use to serve and help others. Service, Quality and Integrity are of most importance when treating all his patients.

Dr. Nunez continues to excel in the field of dentistry; he has completed Comprehensive Orthodontic Training through the United States Dental Institute (USDI), currently practices in the area of traditional braces and Invisalign. Dr. Nunez has recieved Comprehensive and Clincial training at MIS Institute for Implant Placement Surgery and is also accredited in Biolase Laser Technologies.

Dr. Nunez grew up in both New York and southern Florida. He moved to this area upon graduating Temple, after meeting his wife in dental school 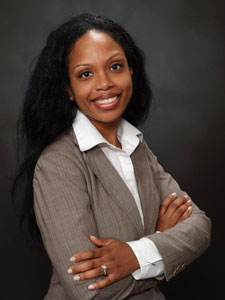 Dr. Nunez, a graduate of Howard University (DC), received her Bachelor of Science in Biology. At the young age of five, Dr. Nunez took a curious liking to the field of Dentistry after her mother, who is also a general practitioner, completed dental work on her. She was so amazed at what she had done that she was positive that this was the career path she wanted to follow. When she received her Doctor of Dental Medicine (DMD) from Temple University (PA), her dream finally came true!

It is Dr. Nunez’s strong belief that Dentistry is a God given gift that she can use to serve and help others. She practices dentistry with a soft, caring touch on all her patients.

Dr. Nunez continues to excel in the field of dentistry; she has completed Comprehensive Orthodontic Training through the United States Dental Institute (USDI) and currently practices in the area of Invisalign. Dr. Nunez has received Comprehensive and Clinical training at the MIS Institute for Implant Placement Surgery and is also accredited in Biolase Laser Technologies .

Dr. Nunez grew up in the DC Metropolitan Area. She attended the Academy of the Holy Cross (Kensington, MD). Dr. Nunez is an accomplished violinist who also enjoys playing the piano, singing, traveling, skiing, cooking, spending time with her husband and their twin boys, and cheering on her favorite team, the Washington Redskins!! GO ‘SKINS!! 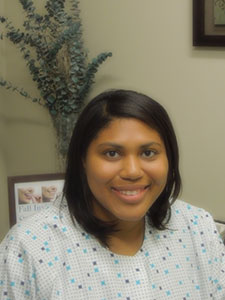 Lia is a native of Washington, DC. During her junior year of high school, she moved to Virginia and graduated from T.C. Williams High School. After graduation she began a career in retail, but quickly realized that this path would not be long term. Lia soon after decided to pursue a career in the dental field. She attended and graduated from Metropolitan Institute of Health and Technology. Not too long after graduation, Lia joined Divine Smiles Dentistry. In her spare time, Lia enjoys reading; hanging out with friends; and watching independent films.

Send Us an Email

Find us on the map